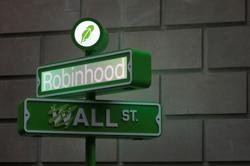 In his signature red shirt and black shoes with the Nike "swoosh" logo, the 43-year-old came back from a series of setbacks to claim his fifth Green Jacket on Sunday, ending an 11-year major title drought.

"A win for a high profile endorser is a clear win for the brand," Nomura Instinet analyst Simeon Siegel said.

Nike celebrated his victory by posting an ad on its website titled "Tiger Woods: Same Dream," which has received nearly 500,000 views on YouTube in less than a day.

President Donald Trump praised the win, tweeting: "Love people who are great under pressure. What a fantastic life comeback for a really great guy!"

Nike and Woods forged a partnership that dates back more than two decades through good times and bad publicity.

"His win is good for golf and its good for Nike," he said.

Nike's shares were up about 1 percent at $87 Monday morning.