KUALA LUMPUR: Thailand cruised to a 12-shot win to emerge champions for the first time in the Nomura Cup men’s team golf championship.

Defending champions Japan were second on 820. Australia, the most successful nation with 10 wins, finished third on 825.

Kammalas carded a two-under 70, but it was good enough for him to clinch the individual crown with an 18-under 270.

Thailand team manager Kanes Nitiwanakul said the triumph was a perfect response from his side after losing the team gold to Singapore at the Kuala Lumpur SEA Games in August.

“We are finally the Nomura Cup champions. Our players deserve all the credit for their fantastic display,” said Kanes.

Hosts Malaysia could only finish 12th in the 23-team championship on nine-under 855. Muhd Afif Fathi, 16, was Malaysia’s best individual performer, finishing a creditable fifth with a 14-under 274.

“I could not ask for a better debut. I was targeting a top 10 but it ended much better, I’m so happy,” said Afif. 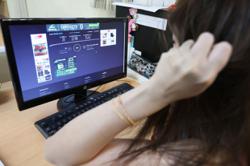