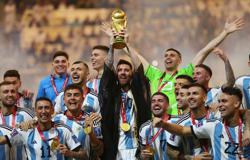 BUENOS AIRES (Reuters) - Jubilant fans celebrated across Argentina after the country defeated Australia on Saturday and advanced to the quarterfinals of the 2022 World Cup in Qatar.

After the 2-1 victory against the Australians, thousands of Argentines took to the streets with flags and shirts to celebrate the team led by star Lionel Messi, who will face the Netherlands in the quarterfinals on Friday.

"If Messi is there, nothing can go wrong," said Lucila Bustamente, who was wearing an Argentina jersey and celebrating on the streets of Buenos Aires after the game.

Messi, who played his 1,000th game on Saturday, opened the scoring against Australia and played a key role in Argentina reaching the quarterfinals.

"We have to stay united, we took one more step and now comes a difficult one," said Messi, 35, the captain of the team who is playing his fifth World Cup.

Argentina fans, some of whom even put off buying homes to see Messi play in the World Cup, hope the country will win the third World Cup. Argentina won its first world championship at home in 1978 and its second in Mexico in 1986, where Diego Maradona was a key player.

"I had a lot of faith that we were going to win, it's inexplicable what it feels like, and even more with all these people like that, excited," said Fabian Riveros, 51, after watching the game in a public plaza in the capital along with 45,000 people. 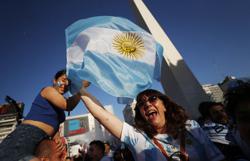 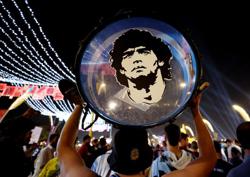