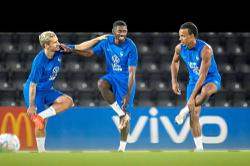 AL RAYYAN, Qatar (Reuters) - Nothing is impossible, Tunisia coach Jalel Kadri said on Tuesday as he looked ahead to a Group D showdown with France that could determine if his team reaches the World Cup knockout stage for the first time in six attempts.

But at a World Cup that has been littered with upsets, is it Mission Impossible that Tunisia could upset the reigning champions? Certainly not.

Parked at the bottom of the group and yet to score a goal the one certain thing is that the Carthage Eagles face a monumental challenge at Education City Stadium on Wednesday when they take on in-form Les Bleus.

"The message I convey to our players is nothing is impossible, we are still alive, we are still motivated and we will ready for this last battle," Kadri told reporters. "We still have high hopes.

"I believe in the players and hopefully we will be lucky and move onto the next phase."

Tunisia might hope that France having secured their place in the last 16 might ease up but coach Didier Deschamps promised his men will not take the Tunisia threat lightly.

"The team who will play tomorrow will do everything to get the best possible result, even if I have this possibility to shuffle things around," Deschamps told a news conference on Tuesday.

Tunisia grabbed what had seemed an unlikely point in their opener battling Denmark to a scoreless draw which was followed by a shutout 1-0 loss to Australia.

Finding the back of the net has not been a problem for France, who took down the Socceroos 4-1 and locked up a place in the knockout round with a 2-1 win over Denmark.

A win might also convince Kadri to stay on as coach having hinted that he would resign if his men fail to advance.

"Let's wait for the result for the match and we will see later," said Kadri. " We are people who bare responsibility and hopefully I will able to answer your question after the match." 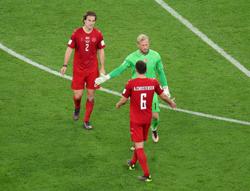 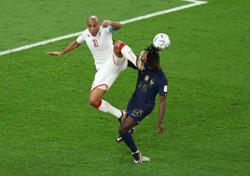