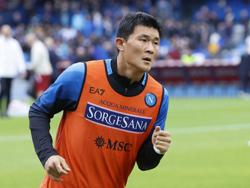 DOHA (Reuters) - South Korea were proud of their effort in the stalemate with Uruguay in their World Cup opener but would need to find the much-needed clinical edge when they face Ghana in Monday's game, where both teams will be desperate for victory.

Playing at their 11th World Cup, South Korea began their campaign with a gritty 0-0 draw with Uruguay, putting on a lively display.

However, even though they created opportunities in attack, the ability to finish off chances was missing as the Asian side had no shots on target.

South Korea tend to over-rely on attacking midfielder and captain Son Heung-min , who is slowly re-adapting after a recent facial surgery and had little impact in their opening match of the tournament.

Head coach Paulo Bento was happy with the aggression showed by the team against the experienced Uruguayans and expects to see the same in their upcoming games -- against Ghana on Monday and Portugal four days later.

The Koreans are tied with Uruguay on one point in Group H, which Portugal lead after beating Ghana 3-2.

For Monday's game at the Education City Stadium in Al Rayyan, Bento will be sweating over the fitness of defender Kim Min-jae, who was struggling after picking up a knock in their opening game.

Ghana, the first African team to score at the global showpiece event in Qatar, were disappointed to suffer defeat at the first hurdle but could gain confidence from their performance against Portugal in the second half.

Ghana reached the World Cup quarter-finals in 2010 but should they suffer defeat against South Korea, they risk getting knocked out in the first round.

After a miserable showing at the Cup of Nations this year, where they were dumped out in the group stage with only one point, Ghana are hoping for a brighter run in Qatar.

"We have to win now and we are under pressure but then so are they," Ghana coach Otto Addo said of South Korea.

Captain Andre Ayew has belief in his team, saying they always come out of difficult situations.

"We need to stay calm, relax and increase our performance. We need to try and score more and concede less," the 32-year-old said. 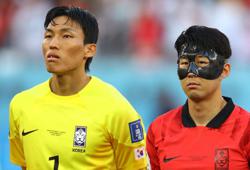 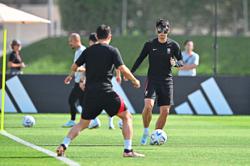