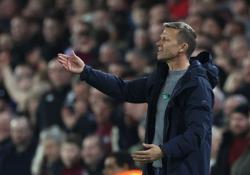 LEEDS, England (Reuters) -Leeds United managed to hang on for a 0-0 draw at home to Aston Villa in the Premier League on Sunday despite playing much of the second half with 10 men following midfielder Luis Sinisterra's red card.

Leeds did not manage a shot on target but collected three bookings in a first half that had plenty of aggression but little decent attacking football from the hosts, despite the return of striker Rodrigo Moreno from injury.

The Spaniard came close to opening the scoring midway through the first half but could not get a touch after Sinisterra flashed the ball across the box and a minute later he blazed a good opportunity high and wide.

Villa suffered a blow before the break when Swedish defender Ludwig Augustinsson saw his debut ended by what looked like a hamstring strain.

Colombian Sinisterra, having already picked up a yellow card for a clumsy challenge in the first half, was sent off three minutes into the second when he was booked for not retreating and then blocking a Villa free kick.

Shortly afterwards Philippe Coutinho had the best chance of the game when he hit the far post with a spectacular volley and Ollie Watkins headed the rebound just wide as the visitors tried to press home their numerical advantage.

Emiliano Buendia curled a shot from distance just wide of the top-right corner in the 72nd minute, but Villa lacked the quality to punish the home side's indiscipline and the game finished in a draw.

The result at Elland Road saw Leeds drop one place over the weekend to 12th on nine points after seven games, while Villa's first away point of the season moved them up one spot to 14th with eight points from eight games.

"I'm scratching my head and I'm frustrated, I'm sure my attacking players will be as well because we've created more than enough to win this football match," Villa boss Steven Gerrard told Sky Sports.

Leeds coach Jesse Marsch, who was serving a one-game touchline suspension after getting sent off against Brentford, praised his players for their resilience.

"I think going down a man obviously makes it hard for us and maybe we could have tried to push the game a little bit more if we stay even, but in the end, I think getting the point showed the character of the group once again," he said. 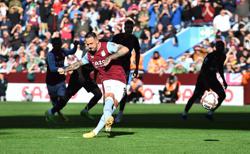 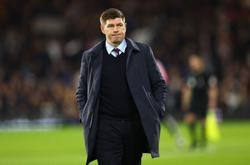