(Reuters) - West Bromwich Albion's women's team have switched their home-kit white shorts to navy ones due to concerns about players' comfort on their periods, the English club said on Thursday.

Albion Women, who compete in England's third-tier FA Women's National League North, will wear blue shorts for the remainder of the 2022-23 season and beyond.

"Wearing white clothing while on a period is an issue that has been highlighted by women across all sports, and Albion will ensure this is fully considered when designing all future home kits," the club said on their website.

The decision to change the shorts was taken after full consultation with the players, the club added.

"This change will help us to focus on our performance without added concerns or anxiety," Albion Women captain Hannah George said.

Coach Jenny Sugarman said she was proud of the club's decision.

"It's another sign of the continued integration of the women's team across the club and recognition of a progressive and inclusive culture," she said.

The issue of women athletes wearing white clothing was brought up at this year's Wimbledon Tennis Championships when female players spoke about the anxiety of being forced to wear white.

England forward Beth Mead was questioned about the team's all-white kit at the women's European Championship and said it was sometimes not practical.

(Reporting by Anita Kobylinska in Gdansk, editing by Ed Osmond) 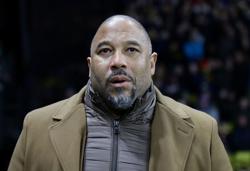 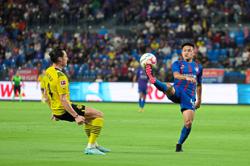