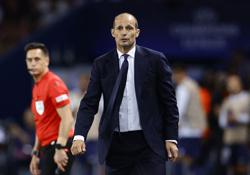 (Reuters) - Defending champions AC Milan began their Serie A campaign with a far from convincing victory over Udinese, and their schedule does not get any easier with a trip to Atalanta on Sunday, while injury-hit Juventus travel to Sampdoria a day later.

Milan have previously started seasons well under Stefano Pioli having won their opening two games in their last two campaigns, but Atalanta showed in their victory over Sampdoria that their well-coordinated defence is one to reckon with.

Gian Piero Gasperini's Atalanta side have lost their last three matches against Milan, however, and will be looking to avoid four defeats in a row for the first time in 26 years.

But Pioli admitted his side are far from fully prepared for the season, and he will also be concerned about how his defence conceded from two headers against Udinese, having let in only four headed goals all of last season on their way to the title.

"We didn't like the fact that we conceded goals after a short time," he said. "We have to start the games better... technically we can do better. We have to work much better (in defensive phases).

"The condition is already good... If we run a lot and (do it) well, we have the possibility of dominating the game and feeling stronger than our opponents."

For Gasperini, the immediate concern is the poor form of his forward Duvan Zapata.

The Colombian started last season with nine goals in 12 games but he then trailed off, scoring only once in his last 13 league matches -- a run stretching back to December.

Juve coach Massimiliano Allegri is looking to improve on two consecutive fourth-placed finishes but has two of his new recruits sidelined with injuries, Paul Pogba and Angel Di Maria, who registered a goal and an assist in their 3-0 win over Sassuolo.

But Allegri will count on two-goal hero Dusan Vlahovic to continue tormenting one of his favourite opponents in Sampdoria, against whom he has scored five times in four starts.

Inter welcomed back Romelu Lukaku this season, and the Belgian striker needed only two minutes to open his Serie A account against Lecce. Simone Inzaghi's side next host Spezia against whom they are unbeaten in six matches.

Free-scoring Napoli, who scored five goals in the opening weekend with five different goal scorers, play Monza for the first time in 22 years.

But manager Luciano Spalletti will be wary of their record against promoted teams, having lost two of their last four.

(Reporting by Rohith Nair in Bengaluru and Tommy Lund in Gdansk; Editing by Hugh Lawson) 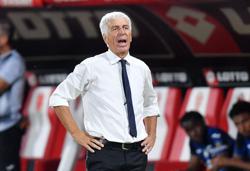 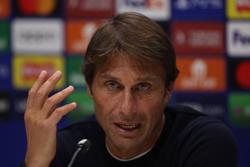