Slow down the Cup talk

A big relief: Terengganu’s Kpah Sherman (second from right) will be returning from injury for today’s Super League match against JDT. — Bernama

PETALING JAYA: Terengganu coach Nafuzi Zain has insisted that the Super League clash against table-toppers Johor Darul Ta’zim (JDT) today will not be a prelude to the FA Cup final.

The former Malaysian international said the intensity of a Cup game is different compared to a league fixture, but the mission at the end of the day is the same – to get a win.

And it is understandable why Nafuzi wants a win when they host JDT at the Sultan Mizan Stadium.

He wants the Turtles to maintain their unbeaten home record and improve on their fifth spot with 17 points from 12 games.

“This match is not a dress rehearsal. Many people have been saying this but I don’t see it as such. You’ve to understand league and Cup ties are different,” said Nafuzi.

“In the league, the intensity is different, but to ace it, consistency is vital. In knockout matches, like Cup ties, you’ve to go all out in every game. Lots of emotions are involved, just like our win over Selangor in last week’s semi-final.

“Our task is not easy because we know how JDT are at the moment. Plus, under their new coach (Hector Bidoglio), you can see that he has given the freedom for his players to attack more and assert their style.

“It will be tough but hopefully, we will have a full crowd today to spur us on.”

In their semi-final win over Selangor, more than 30,000 fans witnessed the match.

Nafuzi’s concern is understandable as key players Manuel Ott, Faisal Halim and Tchetche Kipre are down with fever.

Midfielders Habib Haroon and Petrus Shitembi are also doubtful as they are recovering from niggling injuries picked up from the Selangor game.

“I’m not going to hit the panic button and say that we are going to struggle. I believe the 11 I’m going to field tomorrow will do good.

“Kpah Sherman is back after missing some games. So that’s a relief and I hope he will make a difference against JDT.” 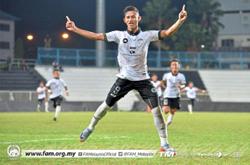 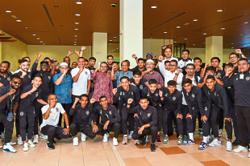