And that seems like the worst position to be in before their FA Cup semi-final clash against Johor Darul Ta’zim (JDT) at the Sultan Ibrahim Stadium in Iskandar Puteri, Johor.

But the Panthers’ Lebanese striker Hilal El-Helwe believes all’s not lost yet as they can still conjure up something special against the intimidating Southern Tigers. There is good reason for his confidence and optimism. The 27-year-old has already scored four goals in just two games in the competition.

“I always believe that anything is possible in football even when the odds are heavily against you. I’ve seen the most stunning upsets. In games like these, we’ve got to keep fighting and do more than 100%,’’ said El-Helwe.

He added that the players are well prepared for the fight.

“Coach Zainal (Abidin Hassan) has briefed us all on what we must do and our mental preparations have also been good. ’Ideally, we would like to finish the game in 90 minutes, but we know that’s so difficult when it’s JDT in their own den. We must be prepared if it goes to extra time or even penalties.’’

In the quarters, Penang were held 2-2 by Pahang but went on to upstage the Elephants 5-2 after extra time.

In their last game, Penang were beaten 2-3 by Sarawak United in the Super League at the City Stadium in Georgetown. 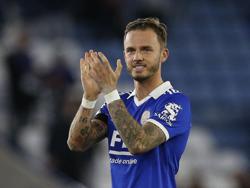