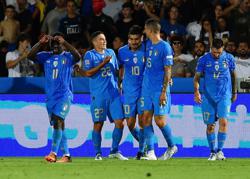 (Reuters) - Italy have named AS Roma defender Leonardo Spinazzola in a 39-man squad for next month's friendly against Argentina and their Nations League games following a lengthy injury layoff.

Manager Roberto Mancini mainly stuck with the squad which steered Italy to European Championship success in July, with the exception of the injured Federico Chiesa, Gaetano Castrovilli, Rafael Toloi and Ciro Immobile.

Spinazzola was one of the Azzurri's standout performers as they won every game at the Euros to be crowned champions but his superb campaign came to a painful end after he suffered an Achilles tendon injury in the quarter-finals.

The 29-year-old left back was sidelined for almost the entire season, only returning to action for Roma this month.

Italy will play five games in 15 days next month, starting with the 'Finalissima' at Wembley Stadium in London on June 1 when they take on Copa America winners Argentina.

In the Nations League they host Germany in Bologna on June 4 and Hungary in Cesana three days later before facing England in Wolverhampton on June 11 and Germany in Moenchengladbach on June 14.

Captain Giorgio Chiellini, who will retire from international soccer after the Argentina game, was also named in the squad while Empoli striker Andrea Pinamonti and Sassuolo midfielder Davide Frattesi received their first call-ups. 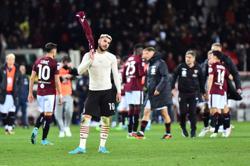 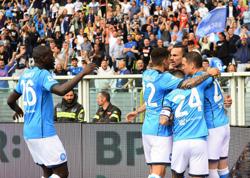