Soccer-Lukaku's struggles due to lack of fitness, says Chelsea's Tuchel 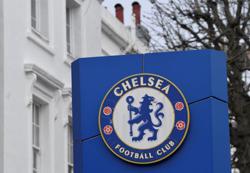 (Reuters) - Chelsea striker Romelu Lukaku's struggles in front of goal this season have been down to lack of fitness and the Belgium needs to find a "spark" to reignite his career at the London club, manager Thomas Tuchel said on Tuesday.

The 28-year-old has failed to make an impact since his big-money move from Inter Milan last year, netting only five times in the Premier League amid limited game time due to injuries and COVID-19.

"All he needs is that spark. He maybe would've been a natural starter against Crystal Palace given the minutes Kai (Havertz) has played," Tuchel told reporters ahead of the Premier League home game against Arsenal on Wednesday.

"But after a period of injury he lacked the fitness for matches. I don't point the finger at him, it's just a fact... Romelu should have had a goal against Real Madrid and Crystal Palace, but if he plays we need all that he has."

Midfielder Mateo Kovacic will miss at least two weeks after injuring his ankle in the FA Cup semi-final win over Palace while Callum Hudson-Odoi and Ben Chilwell also remain absent through injury.

"Kova is out of the game, ligament injury... Ben will be able to join in team training with the youth team, this will be his next step and hopefully, he can join our training at the end of the season. With Callum, it's day by day," said Tuchel.

Chelsea are third in the standings on 62 points, five ahead of fourth-placed Tottenham Hotspur with two games in hand.

"We will fight hard. We have a crucial four matches coming in a short period of time with Arsenal, West Ham, Man United and Everton... it's a big challenge physically but mentally to dive into the main competition that is Premier League," said Tuchel.

"It seems like things are pretty safe (in the top-four race) but things can change so, so quickly." 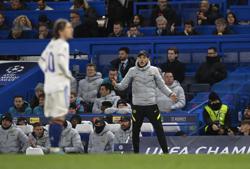 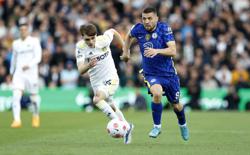