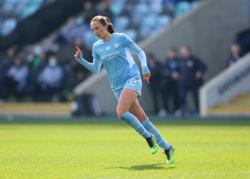 The 19-year-old is satisfied with his performance during a trial with Madrid-based La Liga 2 side, Fuenlabrada.

Izhan, who has been there since November, said he is thoroughly enjoying the new experience.

“The trial was good and the level of competition was intense and I’ve learnt a lot,” said Izhan, who participated in the trials last month.

“I like the cool weather and the standard of football is high. And they made me feel right at home.

“I’m keeping my fingers crossed and if I get a chance to play for them, I’ll grab it with both hands.”

The club voiced their interest in the national Under-22 player after his impressive outing in the 2020 Malaysian League with Selangor II and last season’s foray with the Red Giants in the Super League.

He made his debut with Selangor in their 4-2 win over Kedah in August.

Izhan was also in the Malaysian Under-23 team that secured a ticket to the finals of the 2022 Asian Under-23 Cup recently.

The youngster was singing praises of the club.

“It’s a good club with a good culture. I like Fuenlabrada because the training centre is very modern and different compared to the ones we have. I like their stadium the most.

“I want to spend more time here and gain as much knowledge as I can and I’ve the blessings of my family.”

Fuenlabrada’s international director Josele Gonzalez was delighted that they are able to provide a platform for Asian players like Izhan to show their talent.

“Currently, we have players from five different continents and many are from Asia. We’ve been doing a lot of work in China, Japan, Saudi Arabia and beyond. We think that this partnership is a big step towards bringing Fuenlabrada to Asian fans, particularly Malaysia.” 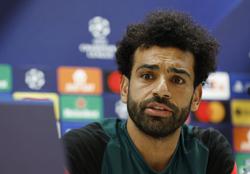