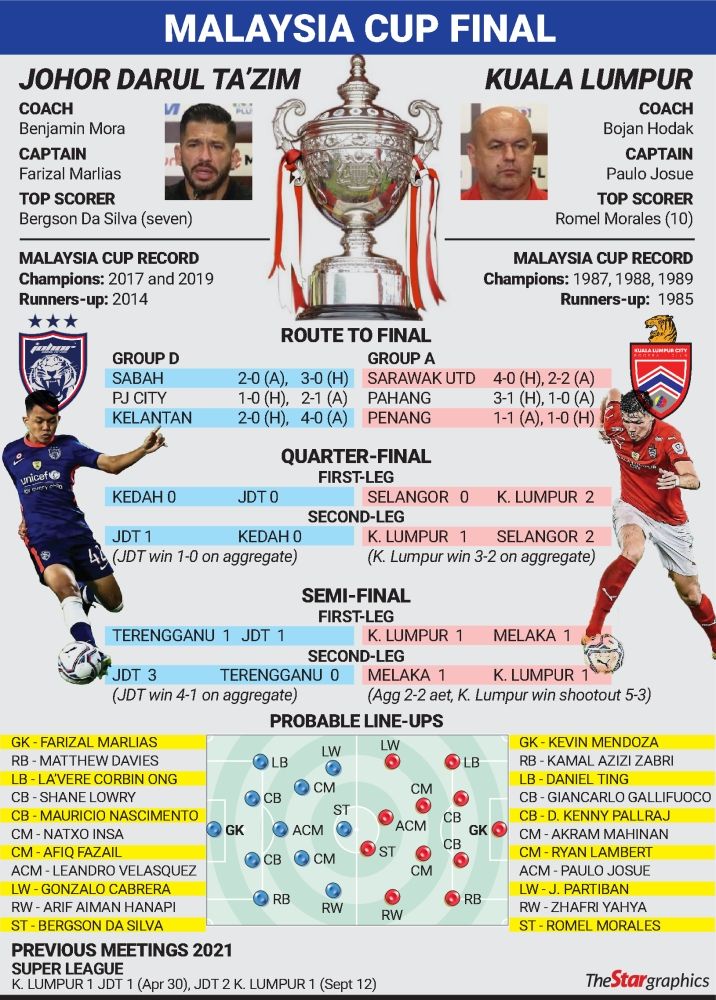 It will have a special meaning for the winners as the competition is celebrating its 100th anniversary.

Apart from a place in the history books, defending champions JDT are gunning for their second successive Cup glory while once mighty Kuala Lumpur are aiming to bring back the glory days with their fourth title.

However, tonight’s clash can be described as a David vs Goliath battle.

The star-studded JDT have shown their superiority in their campaign scoring 19 goals in 10 games and conceding only two.

And their coach Benjamin Mora said they are determined to do whatever it takes to lift the prestigious Cup.

“Of course you can expect JDT to be JDT. We are not going to sit back to wait and see what’s going to happen in this game. We are going to “eat the grass”, we are going to try to “eat” the opponents and we are going to score goals,” said the Mexican at the pre-match press conference yesterday.

“That is the only way you can win a final, by scoring goals, so it’s simple as that. We’re in the final to win not just to play.

“So we are looking to retain the title and continue the incredible legacy of winning all the time. We have a good habit of winning things. It’s a culture now,” said Mora, adding that his players are injury-free and raring for action.

“For me, this is a new game. In the league, we held them in Kuala Lumpur and beat them at home. But they have improved a lot after the league. They are beginning to grasp (Bojan) Hodak’s philosophy.”

And the City Boys are certainly no pushovers. They are also unbeaten in the campaign and have shown great tactical discipline and resilience to come this far.

Midfielder Romel Morales, who was pushed upfront to become a striker, has been in lethal form finding the net 10 times.

And Hodak knows all about their opponents. The Croatian was their coach from 2014-2015 when he led them to the Super League title and were losing finalists in the 2014 Malaysia Cup.

“We have nothing to lose. They are the favourites and we are underdogs. I guess the rest of Malaysia will be supporting us because we are the Davids, I guess,” joked Hodak.

“I do not need to motivate the boys even though they are tired. They’ve played eight games in less than a month but when you’re in the final, you will give your all.

“The harmony and teamwork shown by all the players and coaches brought us here.

“JDT have the best facilities and players, it is indeed difficult to challenge all this but football is a funny game. I hope we can defy the odds and bring joy to the Kuala Lumpur folks,” he said, adding that Kenny Pallraj and Zhafri Yahya are doubtful starters due to injuries. 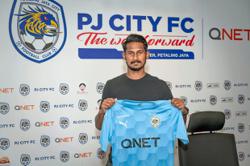 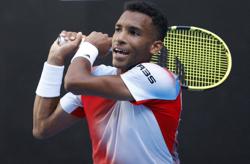