Soccer: Fitness not flight the reason for absence, says Sturridge 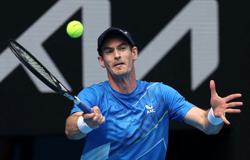 (Reuters) - Perth Glory forward Daniel Sturridge said his absence from Friday's game against Western United was due to a lack of fitness and not, as owner Tony Sage had suggested, the effects of a cross-country flight to Melbourne.

Sage told SEN radio that the ex-England striker, who joined Perth in October and is still to make his first A-League start, had told coach Richard Garcia he could not play in the match soon after the team's arrival.

"Richie said it in the post-match presser, he's not used to a four-and-a-half-hour flight to a game, he's just not used to it," said Sage.

"He pulled up on the plane a little bit crampy."

Former Liverpool striker Sturridge had to complete two weeks hotel quarantine upon his arrival in Australia before making his first appearance for Glory as a late substitute in a 1-1 draw with Adelaide United last week.

He had not played a competitive game in the 21 months since his contract with Turkey's Trabzonspor was cancelled.

"It's a long season so please be patient as we build my fitness up, which was always the plan," Sturridge tweeted on Monday. "A four-hour flight would never stop me playing football."

Perth chief executive Tony Pignata said Garcia and the club's medical staff had made the call on the forward's non-selection.

"Just to put the record straight, it was not Daniel's decision not to play last weekend," Pignata wrote on Twitter.

"Like any player, Daniel wanted to play but we have had a plan for Daniel before he arrived to build his fitness and integrate him into the team.

"He will play when deemed ready by the medical team and Richie."

Garcia said during their post-match news conference that Sturridge would take time to adapt to the challenges faced by being based on Australia's west coast.

"Just travelling alone, the distances we travel in Perth is a new experience for him," he said. "It doesn't matter how good you are as a player you're still a person and you still need time to adapt." 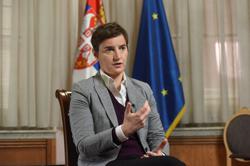 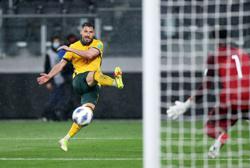