(Reuters) - The Newcastle United supporter who collapsed during their 3-2 Premier League defeat by Tottenham Hotspur at St James' Park has been discharged from hospital, the club said.

Tottenham's Sergio Reguilon was among the first to notice the fan in distress and alerted the referee, while Eric Dier ran to the dugout and motioned for a defibrillator to be brought over.

"We are pleased to announce that Alan Smith, the fan taken ill earlier this month during the Newcastle v Tottenham game, was discharged from the city's Freeman Hospital on Tuesday," Newcastle said in a statement on Wednesday.

"Mr Smith required four stents inserted to aid his recovery, but his son, Paul, said the medical staff have been 'amazing' during his stay and his family wish to thank every one of them."

Newcastle, who were sold to a group consisting of Saudi Arabia's Public Investment Fund, PCP Capital Partners and RB Sports & Media earlier this month, are second-bottom of the league and host leaders Chelsea on Saturday. 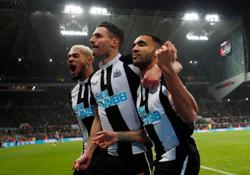 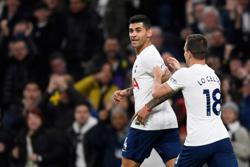