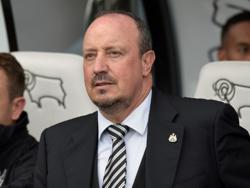 (Reuters) - Everton striker Dominic Calvert-Lewin has suffered a setback in his recovery from a quadriceps injury and will remain sidelined for a number of weeks, the Premier League club said on Wednesday.

The 24-year-old, who has not played since the league game against Brighton & Hove Albion on Aug. 28, also broke a toe last month.

"Dominic Calvert-Lewin has suffered a setback in his rehabilitation from a quadriceps injury... (he) will continue to receive specialist treatment and an update on the England international's fitness will be provided in due course," Everton said in a statement.

Calvert-Lewin made a good start to the season, scoring three times in as many league games.

Everton's Brazilian forward Richarlison has also been out with a knee injury and midfielder Abdoulaye Doucoure is expected to face a lengthy spell on the sidelines due to a foot problem.

Everton, eighth in the table with 14 points from eight games, host Watford on Saturday. 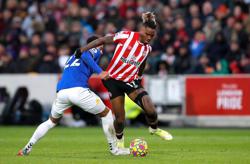