(Reuters) - AC Milan must eliminate individual errors and improve their concentration to get their Champions League campaign back on track in two decisive games against Porto, coach Stefano Pioli said on Monday.

The seven-time European champions suffered defeats by Liverpool and Atletico Madrid in their opening two games, leaving them bottom of Group B.

“A lot is missing before we are great again, but we are on the right road. There are still a lot of steps to take, like the one tomorrow. The team wants to finally get a positive result in the Champions League,” Pioli told a news conference.

“We have to keep clear heads and stay focused for the whole game. In the first two matches we paid dearly for each mistake.

"We must have total focus when we have the ball and in the defensive phase. We lost the first two games because of two moments of carelessness.”

Milan play at Porto on Tuesday knowing a victory over the Portuguese, who have one point, will lift them into third place and keep alive their hopes of reaching the knockout stage before they welcome Sergio Conceicao's side to Milan on Nov. 3.

“We are facing a solid, compact opponent with fast attackers and a prepared coach and team. It will be a match that will present problems that are typical of a high-level game,” Pioli said.

Milan striker Zlatan Ibrahimovic returned from injury off the bench in a 3-2 Serie A win over Hellas Verona on Saturday, but Pioli warned that the 40-year-old is not yet ready to start.

“Zlatan is definitely better, but he only played for 15 minutes on Saturday. I think he can get more minutes, but not a lot more,” Pioli said. 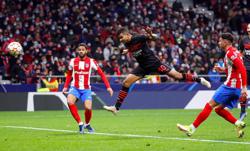 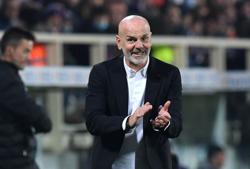