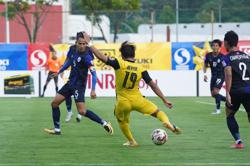 PETALING JAYA: D. Kenny Pallraj wants to work his socks off in order to become a regular fixture in the national football team.

The Kuala Lumpur midfielder is back with the Harimau Malaya after a two-year absence and plans to stamp his mark during the team’s friendlies in Amman, Jordan.

He knows the matches against Jordan (Oct 6) and Uzbekistan (Oct 9) will be vital for him as coach Tan Cheng Hoe looks to form a formidable squad for the AFF Suzuki Cup.

However, the 28-year-old, who is a defensive midfielder, knows he has his work cut out.

“The midfield is stacked with talent. It’ll be very competitive,” said Kenny, who last played for Malaysia in the 2022 World Cup–2023 Asia Cup first round qualification match against Timor Leste in 2019.

“Technically and physically, I need to give my best to show that I’m worthy of the spot. Plus, I need to show great character during matches.

“If the coach needs a player like me, I’m here. However, at the end of the day, it’s all about his tactics. But I will go out there and make an impression in Jordan.”

Cheng Hoe said he wants to try out new combinations and see which players would add depth to the squad. The national team regulars in midfield are Brendan Gan (Selangor), Nor Azam Azih (Pahang) and Liridon Krasniqi (Odisha, India).

Kenny believes the friendlies are just what the players need as they get to compete against higher-ranked sides.

Jordan are 93rd in the world while Uzbekistan are 84th. Malaysia are currently 184th.

“To be the best, you have to play with the best. Forget the ranking, we have to be competitive.” 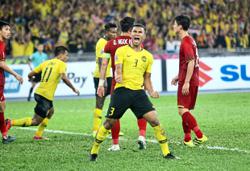 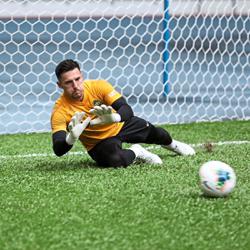