(Reuters) - Liverpool duo Trent Alexander-Arnold and Roberto Firmino are in line to return to the side for Saturday's trip to Brentford, manager Juergen Klopp said on Thursday.

Right back Alexander-Arnold missed the last two games due to illness, while forward Firmino has not been involved since injuring his hamstring against Chelsea at the end of the last month.

"(Alexander-Arnold) is back in training, trained yesterday and will be fine... Bobby (Firmino) trained already for two or three days, so he is back in contention... but he will be in normal training and then we have to make a decision," Klopp told the club website.

The German added that midfielder James Milner and right back Neco Williams were also back in training. However, midfielders Naby Keita -- who picked up an injury in the League Cup win against Norwich City on Tuesday -- and Thiago Alcantara remain sidelined.

"(With Keita), it's not a serious thing but we have to wait until the pain settles... Thiago, no chance," said Klopp.

Liverpool, who beat Crystal Palace in the Premier League last week, are second in the table. Brentford are ninth. 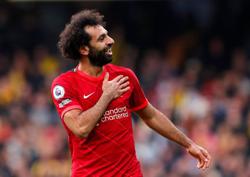