SALERNO, Italy (Reuters) - Duvan Zapata's brilliant turn and finish earned Atalanta a battling 1-0 victory at Salernitana on Saturday as Gian Piero Gasperini's side got back to winning ways in Serie A.

Having finished last season in third place, Atalanta's sole victory from four matches in all competitions this term prior to their trip to Campania came on the opening day at Torino, but Zapata struck in the 75th minute to edge a tight contest.

Former Bayern Munich veteran Frank Ribery made his debut for Salernitana but was taken off at half time after an ineffective 45 minutes. Mamadou Coulibaly had the best effort of the opening period, with his long range effort flicking the crossbar.

The newly promoted hosts continued to have the better of the chances after the break, but a lack of quality in the final third cost them dear as, in one movement, Zapata's second league goal of the season secured all three points for Atalanta.

Davide Zappacosta should have added a second late on, while Salernitana's Norbert Gyomber headed against his own crossbar in stoppage time, but one goal was enough for Atalanta to climb to seventh in the standings, while the hosts stay bottom. 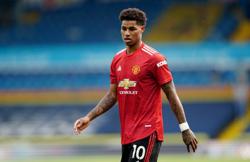 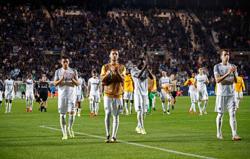