KUALA LUMPUR: The Football Association of Malaysia (FAM) have announced the cancellation of the women’s football competition for the Tun Sharifah Rodziah Cup.

This is the fourth competition to be called off this season after the cancellation of the Youth Cup, President’s Cup and Malaysia Premier Futsal League (MPFL).

He said in a statement that this was due to the ongoing Covid-19 pandemic, which had impacted the local football industry, including the technical development of the players. — Bernama 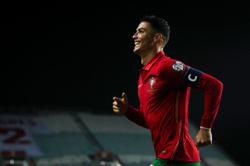