(Reuters) - Everton boss Rafa Benitez said on Thursday that his unbeaten start at the Premier League club was "close to perfect" and thanked fans for the support he has received.

Benitez was appointed manager in August, a decision that was arguably the most controversial in Everton's history, given the Spaniard's past tenure as coach of fierce rivals Liverpool.

However, Benitez has won over sceptical fans by guiding Everton to three wins and a draw in their opening four league games.

"I will not say perfect (start) because we drew against Leeds, but anyway very close to perfect, yes," Benitez told reporters ahead of Saturday's clash against Aston Villa.

"It's not easy when you change manager at the beginning of the season, obviously it was a little bit controversial..."

"Later on, you could see not so much. The fans were from day one behind their manager... they were very supportive, the fans appreciated that we tried to do our best, me, the players, all the staff here."

Benitez added that striker Dominic Calvert-Lewin would be unavailable for "two or three weeks" with a quadriceps injury, while forward James Rodriguez's match fitness continues to be assessed.

Everton, who beat Burnley earlier this week, are fourth in the table. Villa lost to Chelsea last weekend and are 12th. 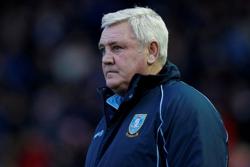