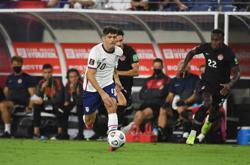 (Reuters) - John Terry has left his role as Aston Villa assistant head coach in the hope of becoming a manager elsewhere, the Premier League side announced on Monday as the former England international ended his four-year association with the club.

Terry joined Villa as a player on a one-year deal in 2017, captaining the team to a fourth-place finish in the second-tier Championship but missed out on promotion to the Premier League.

Terry, who previously spent 19 seasons with Chelsea, ended his playing career in October 2018 and was named assistant to Villa manager Dean Smith later that month, helping the team achieve promotion the same season.

"It has always been my ambition to move into football management and, providing the right opportunity presents itself, I feel ready to take up such a challenge," Terry, 40, said in a statement https://www.avfc.co.uk/news/2021/july/Villa-confirm-John-Terry-departure.

"My immediate plan is to spend some quality time with my family and, thereafter, hopefully take up some invitations to visit clubs and managers around Europe to develop my aim and objective of becoming a manager."

Smith said he was "disappointed" to see Terry leave but understood and respected his decision.

"I have no doubts he will go on to be a first-class manager in his own right," he said.

Villa, who finished 11th in the Premier League last season, travel to newly promoted Watford for the first game of their new campaign on Aug. 14.