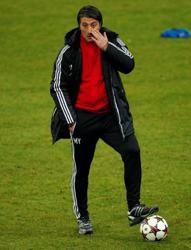 (Reuters) - Switzerland coach Vladimir Petkovic has been approached to take over at French Ligue 1 club Girondins Bordeaux, a statement from the Swiss football association said on Monday.

Petkovic, 57, led the Swiss to the quarter-final of a major tournament for the first time since 1954 when they got to the last eight of the European Championship this month.

"On Sunday afternoon, the sports director of Girondins Bordeaux contacted our national team director Pierluigi Tami and expressed his interest in our national coach," said the statement.

"Discussions are currently ongoing between the parties involved. The fact is Vladimir Petkovic has an ongoing contract that will automatically be extended to the end of 2022 if he qualifies for the World Cup. The SFV is currently not issuing any further statements," It added.

French sports newspaper L’Equipe said Petkovic would be succeeding Jean-Louis Gasset at the club, who finished 12th in Ligue 1 last season, on a three-year contract.

Sarajevo-born Petkovic took over as Swiss coach after the 2014 World Cup as the successor to Ottmar Hitzfeld and led the team to the last 16 at the 2018 World Cup.

At Euro 2020, they eliminated world champions France in the round of 16 in a penalty shootout before losing to Spain on post-match spot-kicks in the quarter-finals. 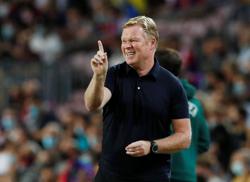