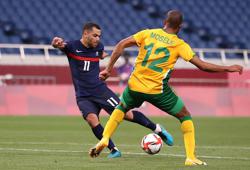 BUDAPEST: France coach Didier Deschamps described events in Budapest as magical and insane after his side drew 2-2 with Portugal on a night full of twists and turns which ended with Les Bleus heading into the Euro 2020 last 16 as Group F winners.

With qualification for the knockout stages secured before Wednesday’s match, France were aiming to top the group and secure a more favourable last-16 tie.

With the scoreline ever-changing in the match between Hungary and Germany in Munich, two goals from Karim Benzema were cancelled out by a pair of Cristiano Ronaldo penalties as France had to settle for a draw.

“We were seeing the scoreline in the night’s other match as Hungary were beating Germany, and it was making things very complicated,” Deschamps told a news conference.

“It was an insane match that went in all directions. I am really satisfied.

“Football is pure magic, from one situation to another the emotions can change so quickly.

“The morale of the team can change too. Tonight was pleasing even though not everything was perfect. It was a match on the top level.”

France will meet Switzerland in the last 16 in Bucharest on June 28. — Reuters 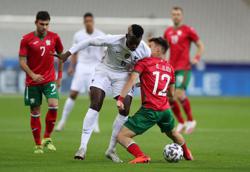