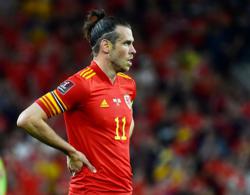 BAKU (Reuters) - Wales captain Gareth Bale said the tem will feed off a hostile atmosphere created by a large Turkish fan contingent at Wednesday's Group A match in Baku, and the reception will only serve as extra motivation to silence those fans.

Thousands of Turkish fans are expected to travel to the Azerbaijan capital for the game and are likely to create a partisan atmosphere for what is a must-win game for Senol Gunes's Turkey side at the Olympic Stadium.

It will be a stark contrast for Wales, who played out their 1-1 draw with Switzerland in Baku in front of 8,782 fans in the stadium.

"When I've played in Turkey before, the atmosphere has been incredible," Bale told a news conference on Tuesday. "Of course they will be cheering on the Turkish team but you need crowds in these tournaments.

"No problem with (hostility). We're used to playing away games in front of hostile crowds. This is what we do for a living. If anything it should spur us on to be a bit more ruthless on the pitch.

"Hopefully we can keep them silent."

Rob Page's Wales were restricted to 38% ball possession against Switzerland, with striker Kieffer Moore scoring from one of their two attempts on target as they came from behind to snatch a crucial point.

Although he would not label the match against the Turks as a "must-win", Page believes three points should put them in the driving seat for qualification to the knockout stages.

But he is expecting another tight contest against Turkey who arrived at the Euros with victories over Netherlands and Norway in World Cup qualifiers but slumped to a 3-0 defeat by Italy in the opening match of the tournament.

"They had a very difficult opener and will be looking at us to get the full three points. We're fully prepared for a tough game," Page said.

"We've also identified this game as the one we can do alright in. It's about finding a way to win. If we can get four points from two games then it sets us up nicely." 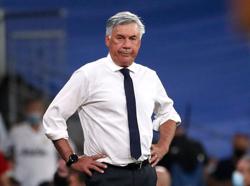