PETALING JAYA: Malaysia are set to unleash a new weapon in the World Cup 2022-Asian Cup 2023 second-round qualifiers in Dubai, after the Football Association of Malaysia (FAM) announced the arrival of Dion Cools.

The rightback, who can play as leftback and centreback, reported to the team’s camp on Tuesday (June 1) and is expected to partner Aidil Zafuan Abdul Radzak in defence when they face the United Arab Emirates (UAE) on June 3.

Cools plies his trade with Midtjylland in the Danish league. The 24-year-old, who was born in Kuching, had played in the UEFA Champions League and faced several top European sides like Liverpool, Manchester United and Ajax Amsterdam when he was with Belgian club, Club Brugge.

For many years, there were attempts to call up Dion for national duty, but he wanted to focus on his career in Europe and was hopeful of playing for the Belgium national football team.

He had played for the Belgium Under-21 side 18 times. 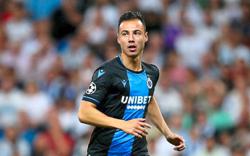 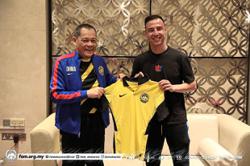