Factbox-Soccer-Turkey at the European Championship

(Reuters) - The following is a factbox on Turkey, who are in Group A at this year's European Championship, which kicks off on June 11.

Former goalkeeper Gunes guided Turkey to third place at the 2002 World Cup in South Korea and Japan and returned to the helm in 2019 -- 15 years after his first stint -- to help the ambitious team chase a maiden European Championship title.

Yilmaz is the team's main attacking threat and Turkey will count on the 35-year-old, who is enjoying a superb season with Lille, to continue delivering goals with fellow striker Cenk Tosun out of action due to a knee injury.

One of the few members of the current Turkey squad to have experienced the low of their group stage exit in 2016, AC Milan playmaker Calhanoglu will head into the tournament looking to inspire the team as one of their best players.

Turkey have played in four finals from when they first qualified in 1996, reaching the semi-finals in 2008 following a thrilling penalty shootout victory over Croatia.

The country's last outing in 2016 was one to forget as they finished third behind Croatia and Spain in Group D. But a strong qualifying campaign this time has left them with plenty of hope.

(Compiled by Shrivathsa Sridhar in Bengaluru; Editing by Ken Ferris) 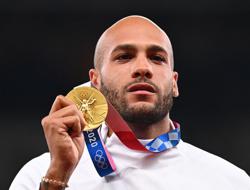