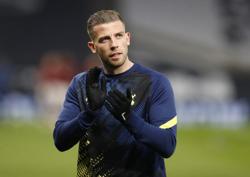 PETALING JAYA: Professional players who have been short-changed by their former clubs over wage arrears will get a helping hand from FIFA.

The “FIFA Fund for Football Players” (FIFA FFP) which was created last year will see more than 1,000 players involving 109 clubs from 36 affiliates worldwide applied for the fund.

FIFA have approved 147 applications from Malaysia for the first phase involving salary arrears from July 2015 to June 2020.

FAM secretary-general Stuart Ramalingam (pic) said the application for the players from Malaysia was made through the Professional Footballers Association of Malaysia (PFAM) in collaboration with the FAM Legal Unit, which submitted the decision on salary arrears cases from the FAM Status Committee and also included cases decided by FIFA.

“FAM also confirm the status of the team or club involved, which has been officially closed, ” he said in a statement.

However, Stuart added that once the recipients get the funds, it does not mean that the case has been fully resolved as the funds received are only partial and there are still arrears that need to be resolved.

“Therefore, FAM call on the responsible parties to come forward and settle the remaining arrears.

“At this point, PFAM are updating the approval facts from FIFA and FIFPro and will issue a statement soon.

“FIFA will credit the funds to the accounts of the players involved immediately upon receipt of the player’s bank account.”