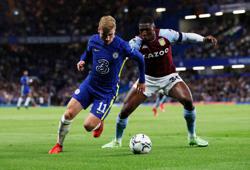 PETALING JAYA: Terengganu are looking forward to the AFC Cup with confidence after their good showing in the Super League.

The Turtles, currently second in the league, entered the two-month break in the season with a hard fought come-from-behind 2-1 win over Selangor at the Petaling Jaya Stadium on Sunday.

Their goals were scored through substitute Engku Nur Shakir Engku Yacob in the 72nd minute with the winner coming from captain Carli De Murga in the 87th minute.

Selangor took the lead when Ifedayo Olusegun buried a penalty in the 50th minute.

The Turtles are now three points behind table-toppers Johor Darul Ta’zim (JDT) who are on 30. Selangor, meanwhile, are fifth with 19 points.

Coach Nafuzi Zain said it was good to enter the break as the second best team.

“I know what we went through to be in that spot after 13 games. There have been ups and downs but we did not lose focus.

“I can see the maturity in the players. This is definitely a boost as we prepare for our first AFC Cup campaign,” said Nafuzi.

Terengganu and third placed Kedah will play in the regional competition’s group stage from June 25 to July 9.

The east coast club are in Group I with Singapore’s Geylang International and Filipino side Kaya-Iloilo. Another spot will go to either a Cambodian or Timor Leste side.

“The break is good for us to prepare and analyse our oppponents.”

Meanwhile, Nafuzi said they would enter the transfer market but would only add players whom they are familiar with.

“We will assess and see what can be improved. I want five imports when the season resumes in July.”

It is learnt that they are looking to sign one of their two former players Lee Tuck and Sanjaar Shaakhmedov, who are currently playing for Pahang and Uzbekistan’s FC AGMK. 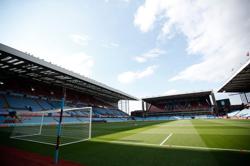