CEO: Boycott due to misunderstanding

Not a big fan: Hafizul Hakim will be filing a RM5mil suit against one of the club’s supporters.

IPOH: The training session boycott by Perak players was due to a slight misunderstanding, says the club’s chief executive officer Rizal Ali Naizali.

He said, however, the matter had been resolved through a discussion with the players today, and that they had apologised and promised not to repeat the move.

“A discussion was held and several initiatives have been taken, we hope it goes smoothly. Saturday’s incident was due to a slight misunderstanding, and this matter was resolved in the discussion session earlier.

“They have promised to play wholeheartedly against Pahang tonight (May 9)... when they took the action (of boycotting the training session), their salaries had not yet been credited at the time, ” he told reporters after the meeting at the Perak Stadium here yesterday.

“We have requested for some time and have informed the players by when it will be settled, we will try to do it before Raya, ” he said.

“Shahrul has signed the contract termination today while De Paula will do so in a few days, and they were released by mutual consent to JDT.

“So far, only two players (have transferred to other clubs), in the discussion earlier, no one else (is set to move elsewhere) because we (the management) have given our opinion and the players have stated their wishes, and we reached a decision, ” he said.

Meanwhile, Perak goalkeeper, Mohd Hafizul Hakim said he will be filing a RM5mil suit against one of the club’s fans for claiming that he was the mastermind behind the lowering of the Perak flag to half-mast.

“I deny (being involved in the incident) and neither were any of the players involved, because when we entered the stadium at 9.30pm, the flag was already at half-mast, and we do not know who did it, and now someone has accused me, ” he said, adding that it was a serious accusation and he would not take it lightly. — Bernama

Issue of salary arrears should not have happened, say PAFA 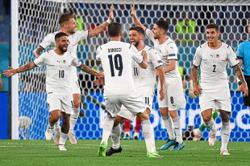