KUALA TERENGGANU: Terengganu coach Nafuzi Zain’s strategy to get an early goal against UiTM worked like a gem.

The Turtles managed to score two goals in the first nine minutes in their 3-0 win over the Super League’s basement club.

“We always plan to get early goals, even in previous matches... and tonight we succeeded, ” said Nafuzi.

Nafuzi said the victory has somewhat alleviated his squad’s frustration from last week’s 4-1 capitulation at the hands of Penang last Saturday.

“In the second half we had a few goalscoring chances but blew it, ” he said.

On his fate with the team, the German said he would leave it to the team management to decide.

Meanwhile, Kuala Lumpur skipper Paulo Josue went on a rampage with a superb hattrick to end Penang’s nine-game unbeaten run in the 3-1 win at the Kuala Lumpur Football Stadium in Cheras.

The 32-year-old Brazilian drew first blood off a free-kick in the 36th minute, added a second from spot kick in the 52nd minute before wrapping it up with a right-footed pile-driver in the 89th minute.

Although Penang managed to narrow the deficit through Danial Ashraf Abdullah’s 64th-minute strike, it was simply not their night as KL proved to be the better team.

The victory saw KL leapfrogged Petaling Jaya City into sixth spot with 16 points while Penang dropped a rung to fourth with 22 points. — Bernama 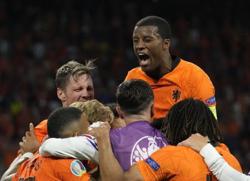