Dollah not satisfied despite Pahang’s victory over UiTM

PETALING JAYA: Pahang finally got a win but instead of celebrating, their coach Dollah Salleh says it was still not good enough.

After winless in six games, the Elephants came alive at the Darul Makmur Stadium in Kuantan to hammer bottom-placed UiTM 5-0 on Saturday.

English midfielder Lee Tuck was truly in his element as he scored in the first minute and assisted the goals scored by Baqiuddin Shamsuddin (66th minute) and own goal by UiTM’s Fahmi Sabri (73rd).

The other two goals came from Pedro Henrique (34th) and Herold Goulon (71st).

They have eight points but still in the relegation zone in 11th.

“The scoreline may suggest that we had a good game, but to me, we played in phases. It’s not what I wanted. We took our chances well but game-wise, more improvement is needed, ” said Dollah.

“With this standard, we still cannot compete with the top teams in the Super League. We hope to be in a better form when we face Selangor on May 5.”

Meanwhile, UiTM’s coach Frank Bernhardt was devastated as it was the heaviest defeat the team have suffered since he joined them last year.“The start was terrible, we conceded in the first minute. We had better possession but could not create chances. We lost due to lots of individual mistakes, ” he said.

It is learnt that the club have recruited their former midfielder Ousmane Fane for the second transfer window, which starts today, and another striker, who is believed to be former Sabah striker Dennis Buschening.

They face Terengganu on Tuesday and will be banking on the two new foreigners to avoid relegation.

UiTM are the only side in the Super League who have yet to taste a win, and they remain rooted with just a point. 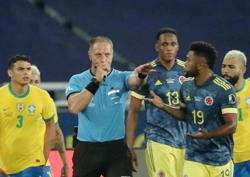 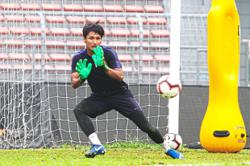