Trucha’s pep talk does the trick for Penang PETALING JAYA: A pep talk with players had worked wonders as Penang roared to a stunning win against Pahang.

Thomas Trucha’s boys pulled off a 3-0 win at the City Stadium in George Town on Saturday to give their home fans plenty to cheer.

Captain Endrick Santos got his team to a superb start in the 11th minute and winger Danial Ashraf Abdullah added the second 15 minutes later.

Substitute striker Jafri Firdaus Chew completed the win with a goal in the 90th minute.

The first half was indeed perfect for Trucha as his boys scored early and didn’t give any space for the Elephants to make a comeback.

Trucha believed it was a heart-to-heart meeting with his players after their 1-1 draw with Petaling Jaya on April 18 that had brought about the fantastic result.

“We had a discussion after the PJ City game because I was unhappy with the first half performance. I told them that we have to start the game strongly and entertain the fans. And that’s exactly what the boys did against Pahang, ” said Trucha.

“I believe the fans enjoyed the game and I am happy for the guys. The team started strongly and relied on tactics towards the end to earn the three points.

“Endrick was one of the best players during the game. He knows when to defend and attack, scored a goal and created lots of chances.

Even without Indonesian centreback Ryuji Utomo and Brazilian striker Casagrande, Penang were truly in their element, but one player, Tajikistan winger Sheriddin Boboev, was guilty of missing several chances.

“Sheriddin had some chances. I will watch the video and speak to him. He is a young kid and works very hard on the pitch. Maybe there was too much pressure on him to play like Casa, but he will learn from this.”

Penang are now placed fourth in the league with 19 points, and they will face Terengganu at the Sultan Mizan Stadium in Gong Badak on May 1.

Trucha knows it won’t be an easy affair.

“Terengganu beat JDT (Johor Darul Ta’zim), and they, to me, are a good side.

“But we want to play our football and not be worried on what our opponents are going to do.” 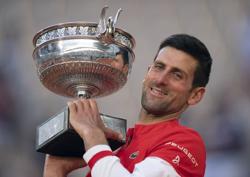