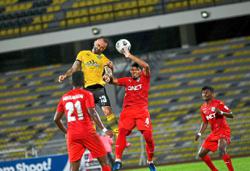 PETALING JAYA: The Harimau Malaya will soon have a third naturalised player to call on in the form of striker Guilherme De Paula (pic).

His club Perak have confirmed that the Brazilian will be registered as a local player for the 2021 Super League season.

De Paula landed in Malaysia in 2015 where he played for Selangor before joining Cypriot club Ethnikos Achna in 2016. However, in the middle of the year, he returned to join Police before moving on to Kuala Lumpur in 2017.

With the City Boys, he cemented his reputation as one of the deadliest strikers in the country when he scored 66 goals in 76 games for Kuala Lumpur from 2017 to 2019.

He joined Perak last year and helped them finished fifth in the Super League.

Despite his relatively short stint in the country, De Paula has won the Malaysia Cup with Selangor in 2015 and the Premier League title with KL in 2017.

With the latest development, many football fans expect national coach Tan Cheng Hoe to select him for this month’s training camp.

Gambia-born Mohamadou Sumareh is the first naturalised player to represent Malaysia when he came on as a substitute against Sri Lanka in a friendly on Oct 12. 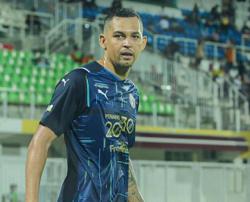 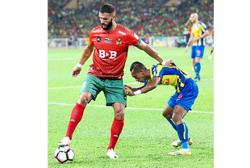