The Ott couple are now best of friends 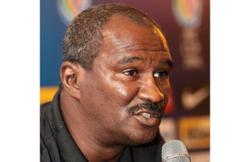 Able replacement: Manuel Ott has filled the void in Melaka’s midfield with the departure of Safiq Rahim.

PETALING JAYA: Melaka coach Zainal Abidin Hassan will be banking on his one-time foe to chart their fortunes in the Super League.

The Mousedeer signed the Philippines international midfielder Manuel Ott in December and will fill the spot left vacant by Safiq Rahim, who has rejoined Super League champions Johor Darul Ta’zim.

Ott and Zainal were on the opposing teams five years ago during the AFC Cup when the latter was the coach at Selangor while the Filipino turned out for Ceres-Negros.

The 28-year-old Ott, who was born in Munich, has a similar style of play with Safiq. The German-Filipino has vast experience playing for clubs in Germany (Ingolstadt 04) and Thailand (Ratchaburi Mitr-Phol).

“Zainal and I competed against each other back then when he was with Selangor. He convinced me to join Melaka although I had other offers, ” said Ott, who has 50 caps for his country.

“It has been great so far. I enjoy having conversations with him, who has had a fantastic career as a player. Training wise, we haven’t had many sessions together but from the few that we had... we’re almost there.

“We’ll gel more during pre-season and when the league starts, we’ll be ready, ” added Ott or better known as ‘Manny’ in his country.

“I’ve heard so much about this league and I know some of the teams like JDT, Selangor and Felda. It’s quite fascinating with many good clubs and fans.

“I’ll play my part to the best of my ability and our aim is to win games and a trophy.”