Durakovic heads home and will be replaced by Yee Fatt

Fruitful outing: During his three-season stint, Mehmet Durakovic helped Perak win the Malaysia Cup in 2018 and took them to the FA Cup final the next year.

PETALING JAYA: The chants of “we are family” will no longer be heard in the Perak training ground or dressing room with the departure of Australian coach Mehmet Durakovic.

In a statement issued yesterday, the management said that the decision was mutual and Durakovic would be replaced by Chong Yee Fatt, the former Kuala Lumpur director of football, with immediate effect.

Durakovic revealed that it was his decision to leave.

“The last year has not been easy for me. I was away from my family due to Covid-19, and again this year, I’ve to be away from them. It’s been too long, ” said the former Selangor coach.

“I had discussions with my family and I decided that it was time to head home. It wasn’t an easy decision to make, to be honest.

“I will miss Perak, they are like family to me.”

His departure to an extent will affect the team’s morale as many key players had stayed on for the new season because of him.

The players loved his man-management style and he repeatedly emphasised the importance of togetherness and staying as a tight-knit “family” to achieve success.

“It’s emotional times for me. Hopefully, I’ve done a good job for Perak and the supporters.

“I want to thank the players and coaching staff who have done well with me in the last three seasons.

“I know it’s nearing the season, but I felt this was the best outcome for me. If I kept on with my stint, it would get worse. I’ve got some really important family matters to attend to.”

The club’s board member Khairul Shahril Mohamed said negotiations had been ongoing for a week and they respected Durakovic’s wish.

“His departure will be a huge loss to the team. His family is his priority, so we respect that, ” Khairul said in the statement.

The club also felt that Yee Fatt is the best replacement.

“The management considered a few names but based on Mehmet’s advice, we hired Yee Fatt. He used to play for us and assisted some coaches in the past, ” said Khairul.

“We negotiated with Kuala Lumpur to bring him back and we are glad to announce that he will be joining us for the new season.”

He was formerly an assistant coach from 2011-2013 and 2017 when Perak were led by the late German coach Karl Heinz-Weigang. 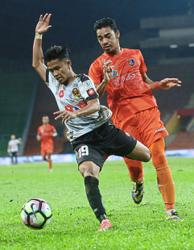 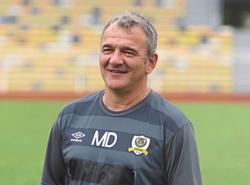