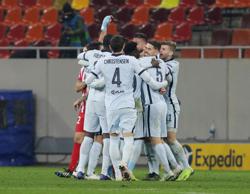 LONDON (Reuters) - Reaction to the sacking of Chelsea manager Frank Lampard on Monday:

"This was a very difficult decision for the Club, not least because I have an excellent personal relationship with Frank and I have the utmost respect for him. He is a man of great integrity and has the highest of work ethics. However, under current circumstances we believe it is best to change managers."

"When I took on this role I understood the challenges that lay ahead in a difficult time for the football club. I am proud of the achievements that we made, and I am proud of the academy players that have made their step into the first team and performed so well. They are the future of the club.

"I am disappointed not to have had the time this season to take the club forward and bring it to the next level. I wish the team and the club every success for the future."

"I'm always sad when a colleague loses his job and of course Frank is not just a colleague he's an important person in my career so of course I feel sorry. It's the brutality of modern football. When you become a manager it's something that you have to know - that sooner or later it's going to happen to you."

"Utterly ludicrous after his first bad run. It was always going to need time given so many new signings feeling their way into a new club. Patience being a virtue is seldom recognised in this sport. They never learn."

"It took him a little bit too long to get his team playing the way he wanted it, and I think the price tag he had on it really was one of the crucial decisions for the club."

"Absolutely staggering decision from Chelsea to sack Frank Lampard. Where do you begin? Against the odds made top 4 last season and qualified impressively to the knockout stages of the Champions League this season. Bought some good players who will settle in given time. Madness."

"I think the minute that the club spent the money that they did in the summer, and brought the players in that they brought in, it was always going to bring a lot more expectation and we know what happens at Chelsea with expectation." -

"It saddens me. I thought he did an excellent job last season. I was rather hoping that the idol of the fans and Chelsea legend that he is, he'd get a longer shot than 18 months."

"People talk about projects and ideas. They don't exist. You have to win or you will be replaced. I am not judging Chelsea's decision. I respect their decision. But our world is to win as much as possible."

"He had the courage to step out of an amazing career and could have taken an easier route. It was a job he couldn't turn down, even though he didn't have a lot of experience.

"Results haven't been what he would have wanted, but I feel it's a job that needed time."

"It's a big thing we try to encourage our own British managers into the big leagues, if we can. I'm sure he'll come back and learn from it."

"It's part of the business."

"(Former Manchester United manager) Alex Ferguson survived by the skin of his teeth when the board looked like they would sack him after 18 months or two years at Old Trafford where he hadn't won anything," Redknapp, Lampard's uncle, told talkSPORT.

"Suddenly he goes on to arguably be the greatest manager we've ever seen.

"You need time and unfortunately at Chelsea it seems a club where they don't seem to give time."

"Thank you very much for everything legend."

"A role model, a mentor & a great manager. Thank you Gaffer." 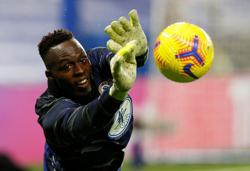