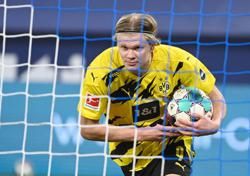 (Reuters) - Manchester United's improved mentality is helping them grind out results in tight games this season, manager Ole Gunnar Solskjaer said after Wednesday's 2-1 win at Fulham took them top of the Premier League.

United went behind early to Ademola Lookman's clinical finish but responded through Edinson Cavani's fourth away goal of the league campaign. Paul Pogba then sealed all three points with a stunning strike.

"We've done better in tighter games. We've won loads of 1-0s and 2-1s. When you add those up at the end of the season it means many points," Solskjaer told reporters.

"That was a point we spoke about early on before the season had started, that we needed to stop getting draws and win more games. We've shown great improvement in mentality as well as physical robustness."

Solskjaer's side are two points clear of Manchester City, who have played a game less.

While much of the praise was reserved for Pogba, Solskjaer also hailed Cavani's influence since arriving on a free transfer in October after his contract at Paris St Germain expired.

"Cavani is a centre forward you want in the box, his movement is incredible," Solskjaer said.

"I almost get frustrated at times when he goes wide to put crosses in because he's the one you want in there. Sometimes I have to ask him to do less running.

United face Liverpool in the fourth round of the FA Cup on Sunday before taking on Sheffield United in the league next Wednesday. 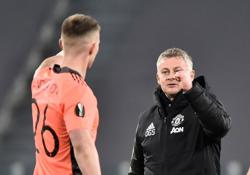 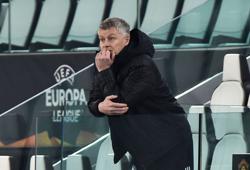