Misfiring Werner must not be compared to Torres, says Lampard 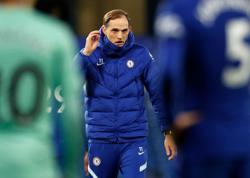 (Reuters) - New signing Timo Werner should not be compared to former Chelsea striker Fernando Torres and the Germany forward must be given the best environment to flourish at the London club, manager Frank Lampard said on Monday.

Werner, who joined Chelsea from Bundesliga club RB Leipzig in the close season for around 50 million euros ($60.34 million), has not scored in his last 10 Premier League appearances.

Torres also endured similar struggles after his high profile move from Liverpool in 2011 and Lampard said he will work with the misfiring Werner, who is struggling for confidence after a bright start to the season.

"I'm not comparing him to anybody," Lampard told reporters before Tuesday's game at third-placed Leicester City. "Everybody is different, Torres had difficult times here but won the Champions League.

"All we need to do is create the best environment to get the best out of Timo. You must repeat, keep working and he needs to keep his head down and focus, I need to give him positivity.

"When you are a top player, as Timo has shown he is, is when all eyes are on and it becomes magnified but the basics are the same and my job is to tell him that and work with him on it."

Chelsea moved up to seventh in the league standings with a victory at Fulham last weekend and Lampard's side will look to build on the result against Brendan Rodgers' Leicester, who the English manager described as title contenders.

"They're in it, for sure - the way they're playing, the results they're getting and their position in the league, it's clear," he said.

"We have to not consider the race too much as it stands and consider ourselves and get a result against Leicester."

Chelsea midfielder N'Golo Kante will miss the game because he has not recovered from a hamstring problem, but defender Andreas Christensen is available. 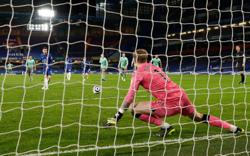