LONDON (Reuters) - If there is a last-gasp winner in Liverpool's seismic Premier League clash with Manchester United at Anfield on Sunday, one set of fans will be hugging on their sofas in front of the TV but the goalscorer will be under orders to celebrate alone.

The sight of players huddling after goals has drawn criticism in Britain, with the rest of the population asked to adhere to strict COVID-19 distancing rules during the pandemic.

Clubs were reminded of Premier League guidelines this week including that handshakes, high-fives and hugging should be avoided and chief executive Richard Masters stressed on Friday that players must follow the rules.

"The players get it," Masters told BBC Sport.

"They know we're asking them now again to adjust their behaviours on the pitch, in goal celebrations and around the beginning and the end of matches.

Julian Knight, the chair of the cross-party Digital, Culture, Media and Sport (DCMS) committee, said on Thursday that players should be shown yellow cards for celebrating goals.

But Premier League managers are sceptical about asking players not to celebrate with their team mates.

This is what they said on Friday.

"The boys so far have done an incredible job to be disciplined, with all the things we had to do around the virus and the pandemic, and I know they will try to do their best.

"I know if there is something to celebrate (on Sunday) it will be in an appropriate way, but it will be difficult.

"It's instinct. Football is an emotional game."

"I cannot promise anything, but of course, if the players can control themselves that would be best. Then again, football is about passion and instant moments.

"We are role models and we are going to do our best if we get the chance to celebrate, so let's hope we get one."

"Now it's maybe time to say celebrate alone and let the other guys go to you in a calm way."

"If the players can't resist that moment then they're probably going to have too, they're the guidelines. But imagine someone scoring a last-minute goal or whatever and it means so much, it's really difficult."

"We have nearly taken everything out of football already, in taking crowds out, taking emotion out of the game, at the moment we are standing back and waiting on decisions from VAR, so at the moment we really have nothing to get excited about.

"When you score a goal you are now saying that we can't do that either, but I think that for television, you would be disappointed if you didn't see players enjoying a goal because it is part of the entertainment.

"We all understand the rules and we will all try and do everything we possibly can to adhere to them." 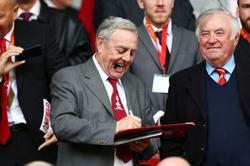 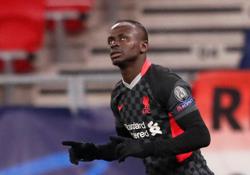