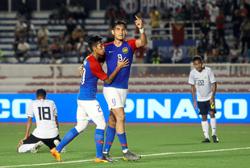 The 20-year-old will be on a one-year loan from Fagiano Okayama.

Hadi has been with the Division Two side since October 2018, making him the first Malaysian to play in the J-League.

“His participation in the J-League Division Three is important to help Hadi gain playing time and match exposure, ” he said in a statement yesterday.

“I believe Hadi can adjust himself and give his best to build up on his experience.”

Although demoted to a lower division, Hadi said he was excited and looking forward to proving himself with his new team, who are based in Numazu, Shizuoka.

“I would like to thank Fagiano Okayama especially the coaches and players.

“I’m glad that I have learnt a lot and improved during my two-year stint with the club, ” he said.

“I regard this as a temporary separation and I’m sure of returning to Fagiano Okayama later.

“God willing, I will give my best to Azul Claro Numazu, ” he added.

The Kuala Lumpur-born player came into prominence when he played a key role in the national team’s first-ever win at the AFF Under-19 Championship in Indonesia in July, 2018.

In August, he was part of the national Under-23 team that reached last 16 at the Indonesia Asian Games. — Bernama 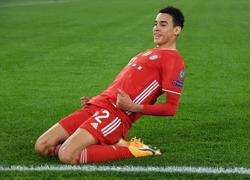