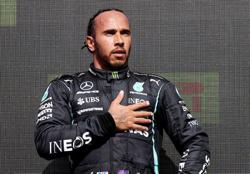 The ceremony was conducted virtually, instead of the usual gala event, due to the COVID-19 pandemic.

Hamilton was named Sportsman of the Year after becoming the most successful Formula One driver of all time in a record-breaking season in which he equalled Ferrari great Michael Schumacher's seven titles.

The Mercedes driver, who also won the award in his debut 2007 season with McLaren, is competing in the year's final race in Abu Dhabi this weekend after recovering from the new coronavirus.

Doyle was Sportswoman of the Year after becoming the first female jockey to win five races on one card at Windsor in August.

"I've never felt like I have not been accepted in this industry at all to be honest, I think it is just the fact there aren't as many females wanting to be jockeys as there are males," she said.

"Doors are opening and things are changing, and they are going in the right direction so that's great."

Liverpool were Team of the Year.

"In many ways, it was a pretty exceptional season and an exceptional year, it's an award for my team and I think they really deserved it," said manager Juergen Klopp. 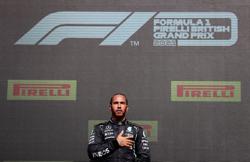