Just one season is enough to convince Fane to play on

Fun in Malaysia: UiTM’s Ousmane Fane (right) hopes to continue playing in the M-League but with which club is still a secret.

PETALING JAYA: After getting his first taste of Malaysian football, Ousmane Fane is itching for more.

The defensive midfielder, who joined UiTM last season, played in nine of the team’s 11 matches and was instrumental in the Lion’s Troops sixth place finish in their Super League debut.

The Parisian, who played for English League clubs Oldham and Shrewsbury Town, would love to extend his stay in Malaysia.

“For me, every step in my career is progress. After four years in England, I discovered Malaysian football and I love it. I hope to stay on for another year or longer and show more of what I can do on the pitch.“The club have offered me a new deal which I’m considering. UiTM are a good club with good people. But I’m open to new challenges and I do not want to close any doors.

“The quality is there and the matches are very competitive and my target is to stay as long as possible in Malaysia. Maybe even end my career here.”

When asked about his experience with UiTM, Fane said: “We have no stars but our strength is our strong camaraderie and we fought hard for each other.

“There were lots of positives to take from my first season. Even during the pandemic, we did creditably well as this was our first season in the big league. On my performance, it is a little difficult to rate because there were fewer games, ” said the 27-year-old.

“But personally, I think I did my job on the pitch, which is to give 100% in every match. Overall not a bad season for us as we finished sixth and made it to the Malaysia Cup quarter-finals.” 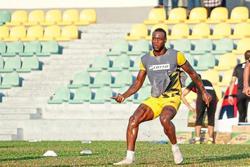 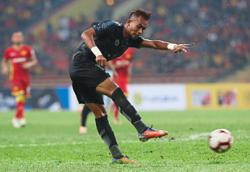