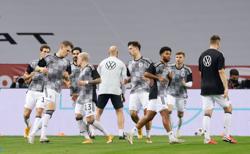 The hugely talented Cameroon-born teenager, expected to make his Bundesliga debut this season, was verbally abused from the stands after scoring a hat-trick in the Under-19's 3-2 win over bitter rivals Schalke 04 on Sunday.

"The DFB will not tolerate any form of racism on its pitches and opposes it in any form," it said in announcing the investigation.

Bayern Munich's Thomas Mueller scored twice in their 4-1 win over Arminia Bielefeld to continue his sensational form under coach Hansi Flick over the past 12 months, as calls for his return to the national team grow louder.

The 31-year-old attacking midfielder has already bagged three goals and four assists in four league games this season, after helping Bayern to five titles this year.

A 2014 World Cup winner, Mueller was dropped from the national team in March 2019 in favour of younger players.

"Everyone can see that I am in fine form. I will be very relaxed about it and let's just see what happens," he said when asked about a potential national team callup.

Promoted VfB Stuttgart, who have suffered two relegations since 2016, have enjoyed their best start in the Bundesliga since 2008/9 after their 2-0 win at Hertha Berlin gave them seven points from their first four games.

After losing their opener to Freiburg they have won two and drawn one under Bundesliga rookie coach Pellegrino Matarazzo.

"It would be good for us to remain firmly with our feet on the ground after the win and best to just keep working hard on our development," Matarazzo said. 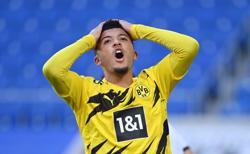