Being stuck at home was tough - Ibrahimovic 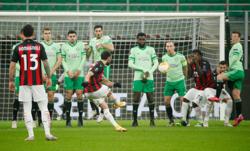 MILAN (Reuters) - AC Milan forward Zlatan Ibrahimovic, scorer of both goals in their 2-1 derby win over AC Milan on Saturday, admitted that having to stay at home for two weeks was tough after he tested positive for COVID-19.

"Your rhythm drops completely, and the body starts to tremble because it wants to train and play," he said. "I was stuck at home for two weeks, it wasn't easy, mentally it's tough especially with the high tempo we had beforehand."

The 39-year-old, who returned to training last week, said he lost some sense of taste but noticed no other symptoms.

"I was being tested every three days to see the result, I told myself I could skip the other games but not the derby. Nobody was going to stop me. We hadn't beaten Inter for four years in the league and I was hungry."

Ibrahimovic said he was disappointed to have a penalty saved even though he followed up and scored from the rebound for Milan's first goal.

"I shouldn't miss a penalty," he said. "The important thing is that the team won. I am the oldest in the squad, I feel a lot of responsibility and I like that feeling as they all follow my lead and are hungry to win." 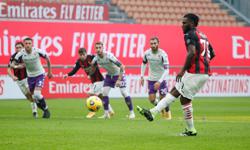