They will instead revert to their old nickname of Hijau Kuning.

He added that not only the name, but the logo too had to be changed to be in line with the formation of the club.

“The new DFC logo has been registered and we are still using the same colour (green and yellow) and song. I will ask KFA to handle the matter (logo) for it to be exhibited and launched (to the public),” he told reporters after chairing the executive council meeting yesterday.

He said the new logo will no longer have an animal symbol, instead it is a combination of several features like a ball, padi, shield and star, with each having its own meaning.

He said although the KFA fully owned the DFC, several parties had shown interest in owning shares in the club.

“Anyone interested in buying DFC shares can come and discuss with us... some have made appointments to meet and we are ready to discuss with anyone,” said Muhd Sanusi, who is also the Mentri Besar.

On Koperasi Anak Kedah Berhad’s interest to own a 51% stake in the team by 2021, he said they were still waiting for several documents to be submitted by the company. 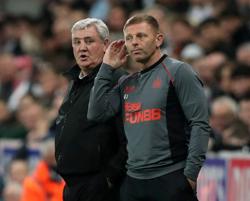