Hamburg player who pushed a fan gets five-game ban, fine

BERLIN (Reuters) - Hamburg SV defender Toni Leistner, who pushed a fan to the ground at the end of their German Cup defeat at Dynamo Dresden last week, was banned for five matches and fined 8,000 euros ($9,469), the German Football Association (DFB) said on Friday.

Dresden-born Leistner jumped into the stands following their 4-1 loss in the first round and climbed the steps to confront a spectator.

After exchanging a few words Leistner pushed the man to the ground before turning around and going back down the steps towards the pitch.

Leistner later said he had been repeatedly insulted by the man.

"Apart from the assault on the fan, his behaviour is also a case of unsporting behaviour because Leistner left the predetermined zone as marked by the health concept and went to the general spectator area," the DFB said in a statement.

The player will have to sit out three games immediately for the second division club while the other two are suspended for a year. 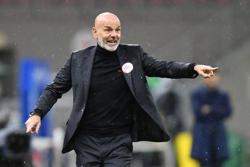