Giants on the ball

PETALING JAYA: The Red Giants are planning ahead to hit the ground running when the M-League resumes.

They are looking at the practices used by teams in South Korea and Europe where the leagues have resumed to be prepared for the resumption of the Super League.

Selangor manager Mahfizul Rusydin Abdul Rashid said they would follow the National Security Council (NSC) instructions but at the same time study the model used by countries which have allowed football to resume.

The K-League in South Korea started on May 8, while the German Bundesliga resumed on May 16, and both competitions were held behind closed doors.

“We will see if the standard operating procedures (SOP) of the football teams abroad can be used together with the guideline given by the NSC.

“This is about taking the best practices and adapting to our government guidelines.”

The M-League was suspended on March 16 and the Malaysian Football League (MFL) have proposed for the season to resume on Sept 1-2 with seven matches to be played.

“We don’t want to be idle. We want to be ready when the M-League resumes and this is why we are proactively exploring options available.”

Selangor are currently sixth in the 12-team Super League standings with five points after four matches.

They started their campaign with a 2-1 win over Pahang, followed by draws with Perak (1-1) and Terengganu (3-3) and then suffered a 0-3 loss to Kedah before the M-League suspension.

Mahfizul said they were constantly in touch with players and staff to update on the latest SOPs adopted by the team management.

“Our office staff are required to sign declaration letters on their health and this step will be applied to players and the coaching staff as well.

“We need to explain to the players why the measures and SOPs are taken. You can’t just impose SOPs without educating the players, ” he added.

“We are planning to go one step further to ensure the players are free from infection.

“The swab test for Covid-19 is quite expensive with a test costing around RM300. We need to see how we can be cost-effective when it comes to screening.” 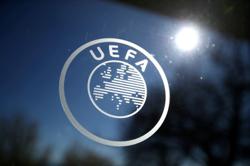 UEFA says no Plan B for Europa League final eight